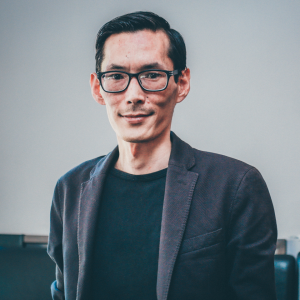 What is Short Interest (SI)?

Short interest is a metric (percentage) that shows how much of companys stocks is being shorted.

Ape will often encounter to different types of Short Interests, outstanding and Float.

Outstanding (shares) means the total number of stocks offered by the company.

Float means the available amount of shares available to trade for the public.

Simply put, the Float is the total amount of shares to be purchased on the market.

Why or how is Short interest relevant to the GME Saga?

Short answer: coz the short interest at one time were above 140%, possibly even more.

Longer answer: the direct purpose of Melvin and other hedge funds shorting GME was to make GME go bankrupt and make a ton of money.

At first they just shorted the heck out of it. Later on they started doing Naked Shorts.

That sounds super complicated, can you give me an example?

First say probably needing to be said would be that there is a reason this is bilionaire hedge funds doing this and not your average Joe / Jane. It is complicated, but at the same time simple once understanding the principle.

Imagine you are a Zoo owner with a lot of apes.

Now, you would like to expand your Zoo, but are a bit short on cash.

You raise capital. And the way you do it is by selling “shares” in your company offering buyers a stake in your Zoo.

Now imagine a new Zoo with piranhas opens a few blocks away. Obviously the competition just got stepped up.

“The best defense is an attack”…

Step 1: you start to short sell all available shares of your competitor you can get your hands on.

Step 2: you reach out to your filthy rich safari friends to call in a few favors and ask them to shart shorting the brains out on your competitor.

Step 3: you get a shot of whiskey while considering how many years it would take you to buy Wall Street.

Step 5: What the heck? Why is the stock rising despite you got all your filthy rich friends onboard as well? what is going on?

It turns out that a crazy ass brady bunch consisting of hill billies, complete retards and straight up stupid internet kids bought all shares they could get their hands on – so now the price skyrocketed through the roof.

And what is worse they are starting all sorts of memes talking about diamond hands and how they will never sell etc.

If that´s true, you are on the road from life of Chad to wife of Jack (if you know what ape mean).

But what now, it´s not like you can just invent new shares to short, and those interest from keeping your short positions open are starting to become a problem.

If I can´t get more shares to short, maybe I can short the same share more than once?

The thing that makes GME unique from other meme stocks is mainly that short interest percentage was so much higher and the only one with short interest above 100%.

PrevPreviousWho is Keith Gill aka DeepFuckingValue aka Roaring Kitty?
NextWhere can I follow Short Interest?Next